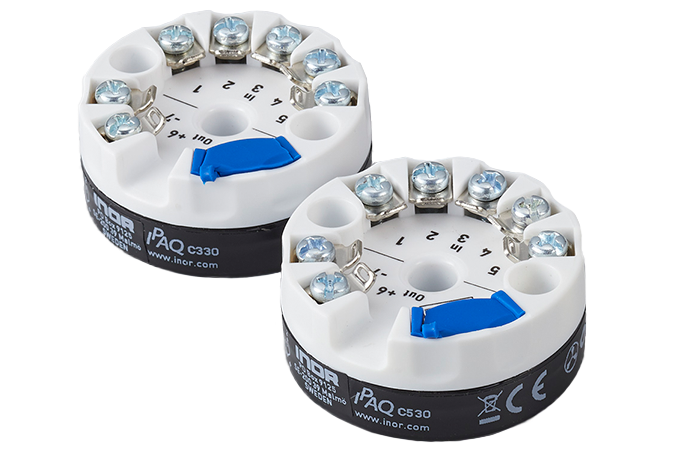 The IPAQ C330/330X and C530/530X are two-wire temperature transmitters that can be mounted in the terminal box of a temperature sensor.
The IPAQ C530/530X can be configured by general purpose HART®7 communicator for the setting of temperature sensor types etc.
Settings can be done by dedicated software (ConSoft) via Bluetooth or NFC technology.
This software allows the user to choose from many types of RTDs and thermocouples and to set any span.
Designed very small, can be mounted in a general purpose EL type terminal box.
In addition, intrinsic safe models are also available, so they can be used in various industrial fields such as petrochemicals.
Instrisic Safe Certification For Europe & Worldwide ; Ex ia IIC T6 … T4 Ga Intrinsic Safe Certfiication For US : Class I, Div 1, Groups A, B, C, D ; T6 … T4 & Class I, Zone 0, AEx ia IIC T6 … T4 Ga

This site uses cookies in order to monitor how it is of use to you and also to improve our service.
Please confirm that you agree to use of cookies by clicking "I Accept".
To find out more about the cookies we use and how to delete and block them, please see our "Privacy Policy".